Millimeter wave (mmWave) and massive multiple-input multiple-output communications (massive MIMO) have been adopted as the most important keys for the next generation (5G) wireless networks due to high spectrum availability and massive use of space diversity for high throughput communications. Massive MIMO must be implemented parallel with mmWave to overcome high path-loss issue in mmWave band by improving the antennas gain. Digital precoding in massive MIMO shows high performance at the cost of hardware complexity due to the requirement of huge number of radio frequency (RF) chains and analog-to-digital converters (ADCs). On the other hand, analog precoding has less complexity with limited performance as it supports only one data stream. In compromise between these two, a hybrid precoding for multiuser massive MIMO (MU-massive MIMO) systems with low-complexity and reasonable performance becomes necessary for next generation networks. We propose an optimized hybrid precoding and combining scheme for fully connected structure. The design of combined analog and digital precoding for the mmWave MU-massive MIMO system becomes a non-convex problem. Therefore, we proposed a suboptimal design, where we split the transmitter and receiver hybrid precoding and decoding and adopt orthogonal matching pursuit algorithm for their design. The simulation results show that the performance of proposed hybrid precoding approaches the digital precoding in the term of total sum data rate as we increase number of RF chains and SNR. 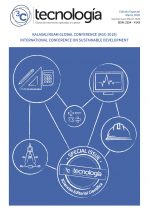