For the intake of air fuel mixture and exhaust of gases camshaft operated valves are mounted on the cylinder head. In this paper, we have proposed a novel physical model of a shutter valve to replace the traditional camshaft operated valve resulting in a camless four–stroke engine. The lift control for the opening and closing of the intake and exhaust valves are monitored traditionally by a camshaft which is a mechanical component having a fixed shape. A camless engine replaces the camshaft by allowing the control of valves through the Electronic Control Unit (ECU). The already developed valves have limitations in terms of lift, life expectancy or higher costs. This research work proposes a novel shutter valve design instead of a poppet valve for intake and exhaust of four–stroke engines. These valves are then operated directly by an ECU and controlled through pulse width modulation. The proposed variation in shutter valve design optimally adjusts and controls the fuel intake amount and the flow of exhaust gases in and out of the cylinder respectively. The opening of the valve can be set to maximum or at the desired angle so that the engine can run according to thedriver’s requirement. The novel design of the shutter valve will reduce the engine cost and will improve the fuel economy. At the same time, providing complete control to the driver’s performance preferences. 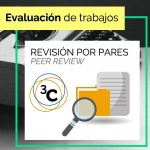 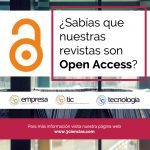